It was a landmark event last week when the International Atomic Energy Agency officially certified Iran’s compliance with the nuclear deal. The news received some press coverage, but it deserved much more.

Tehran has now exported 97% of its enriched uranium, disassembled 13,000 centrifuges (two thirds of its total), and poured concrete into the core of its former plutonium reactor. In return the US has lifted nuclear proliferation-related sanctions and returned frozen assets. Germany and other European states have done likewise and are already moving to renew investments.

Iran has dismantled its infrastructure in record time, at a faster pace than other cases of denuclearization. The experience with Iran stands in sharp contrast with the prolonged and confrontational disarmament process in Iraq after 1991. The disarmament approach with Iran has been much quicker, smoother and also more effective because it includes unprecedented inspection access.

Some of the most rigorous monitoring protocols ever established are now coming into place in Iran, all with the full consent and cooperation of Iranian authorities. It’s the most comprehensive nonproliferation agreement ever negotiated.

Now that’s something to celebrate. Let’s make “Implementation Day” an annual holiday as a tribute to effective diplomacy and peaceful nuclear nonproliferation.

Plan now for your local party on the date next January!

In the meantime, let’s keep vigilant and do what we can to ensure that the compliance process continues to run along smoothly.

Seventy five years ago this month Franklin Delano Roosevelt delivered his famous Four Freedoms speech at his third inauguration. His call for freedom of speech and religion with freedom from want and fear has carried through the decades and remains a guiding vision for how to create a better world. 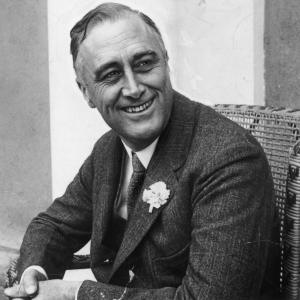 Roosevelt was articulating the goals of the world struggle then underway against Nazism and aggression. His words provided the foundation for the subsequent Atlantic Charter and many of the ideas that emerged in the UN Charter.

At the founding conference of the United Nations in 1945, U.S. Secretary of State Edwin Stettinius echoed Roosevelt’s ideas. “The battle for peace has to be fought on two fronts,” he said. “The first front is the security front, where victory spells freedom from fear. The second is the economic and social front, where victory means freedom from want. Only victory on both fronts can assure the world of an enduring peace.”

These ideas remain alive. Today government leaders and scholars understand and support economic development as an effective and essential means of avoiding conflict and creating conditions for peace. Goal 16 of the recently adopted UN-sponsored Sustainable Development Goals calls for the promotion of peaceful and inclusive societies to help overcome poverty. Freedom from want is linked to freedom from fear.

The fourth is the least familiar of Roosevelt’s freedoms. He described it as a worldwide reduction of armaments to the point where no nation could threaten aggression against another. Today we recognize this as a call for progressive disarmament and common security.

This is the mission of the Fourth Freedom Forum, the organization I once directed and still serve as chair of the board of directors, a foundation that works to reduce nuclear dangers and develop nonmilitary means of countering terrorism and other security threats.

The tradition of the Four Freedoms carries on in many human rights, development, peacebuilding and disarmament organizations. All who support civil rights and religious freedom and promote development and peace are following in that rich heritage.

Thanks to FDR for pointing the way and helping us realize the essential interconnectedness of core human freedoms. Our task always is to follow that path.