In the long string of recent White House foreign policy disasters, the betrayal of Kurdish allies in northern Syria is especially appalling and dishonorable. The Kurdish proxy forces that helped to decimate ISIS are being thrown under the bus, under the tank in this case.

It is gut wrenching for Americans to see our troops ordered to head for the exits as the Turkish army attacks our most loyal partners. Trump justified Turkey’s actions against the Kurdish-controlled region in the odious language of ethnic cleansing: “They had to have it cleaned out.”

Rather than ameliorating the damage, the agreement negotiated by Vice President Pence with Turkish President Erdogan further seals the sellout of Kurdish allies. A Turkish Foreign Ministry official stated, “We got everything we wanted.”

The consequences of these actions for the region and the world could be dire. There is a danger that ISIS could rise again amidst the chaos resulting from the Turkish invasion. Russia stands ever more triumphant, with Putin taking advantage of Trump’s folly to solidify Moscow’s role as a major force in the region. Russian officials are smiling at the gifts being showered upon them by American incompetence.

The Kurdish forces we once supported now have no choice but to align themselves with Assad, solidifying the Syrian government’s cruel and brutal victory against an ill-fated rebellion. American prestige and credibility, never great to begin with, have collapsed in the region and are falling to new lows globally, as alliance relationships in many places suffer.

This is not to suggest that continued or greater American military intervention in Syria and the Middle East would solve the problem. U.S. military involvement in Syria was never a good idea. The small U.S. contingent deployed there was not capable of influencing the war’s outcome or countering the clout of Russia, Turkey and Iran.

What to do now? The U.S. should work with European allies and the United Nations to seek a diplomatic settlement that tries to bring the Syrian war to an end, while working with states to forge a broader strategy for stabilizing Syria and the region.

Attention is needed to re-invigorate the campaign against ISIS and violent extremism. Not only as a security challenge, but as a multi-dimensional effort to improve governance across the region—through political inclusion for significant subnational groups, and greater accountability within states. A major international program of economic and social development is also needed: a Marshall Plan for the Middle East to generate prosperity and create the conditions for stability.

Trump’s misdeeds have tarnished America’s reputation, but U.S. leadership is still important, not just in military prowess, but in diplomacy, development and peacebuilding. New leadership and policies are needed to repair the harm that’s been done and restore America’s role as a reliable ally. 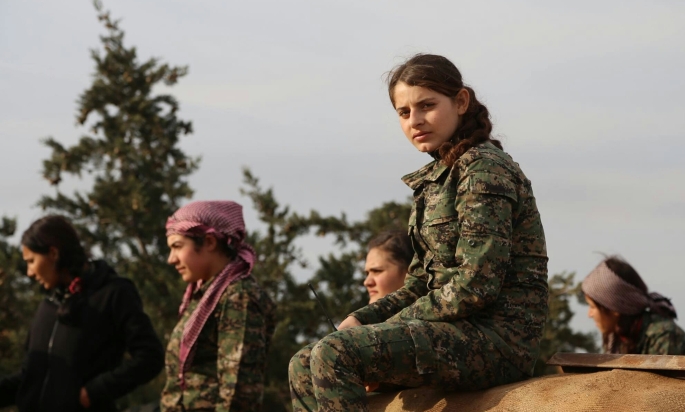 Members of the Kurdish forces in northern Syria.  Photo by Kurdishstruggle